One and three quarter years 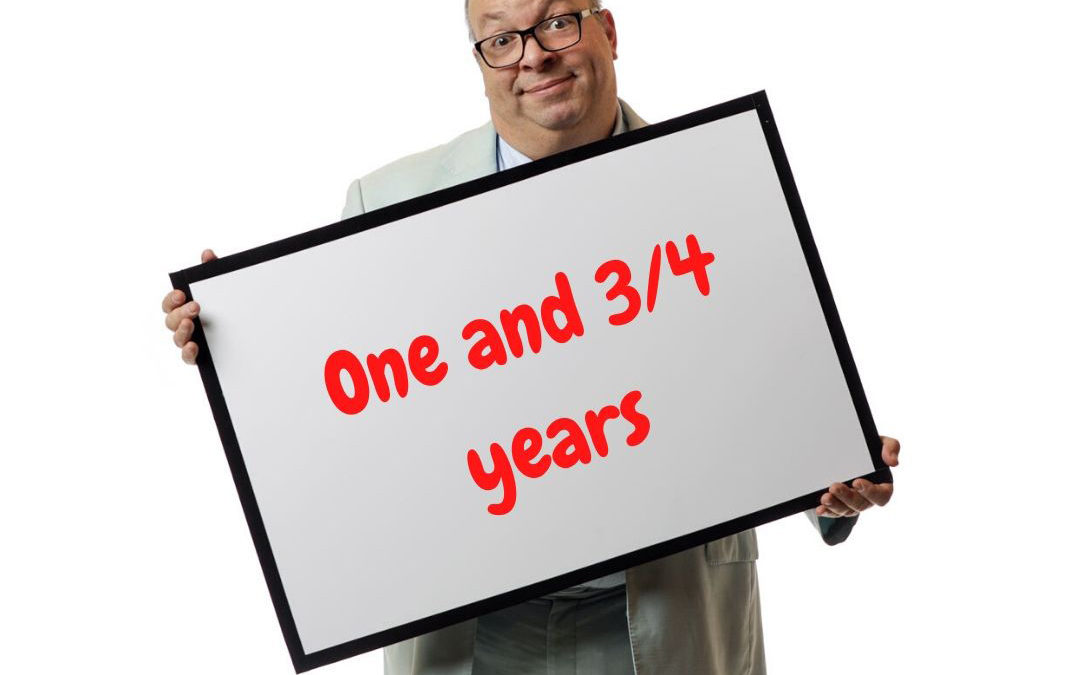 I had a huge success this weekend. It’s only taken me one and three quarter years to do it. What might that be? you ask. What have you done? That’s a good question – thanks for asking!

The sun rises in the east and sets in the west, and that is where the difficulty lies. My room, that is an office, the hub of Danny the Idiot unlimited, unincorporated and unhinged, faces westwards. I send emails, speak on the phone to clients, arrange engagements, work out travel arrangements and even study to further my knowledge in subjects I’m interested in, like balloons, magic, comedy, and performance. As the spring progresses and the summer months arrive in the afternoon the office heats up. Last summer it became intolerable at 30+ degrees. The plan was to buy a large pull down blind. And I did this one and three quarter years ago. Sunday 5th August 2018 the blind arrived.

I’m not very good at DIY. I’m not experienced or good with my hands, which may be surprising as I’m pretty nifty at creating and performing balloon art. Yet when it comes to tools, measuring, drilling and tampering with walls, I’m a bit afraid. What if I drill into an electrical wire? It’s going to be expensive to fix if I break something.
I’ll probably devalue the whole house in one fell swoop. I’ll do it later….Those are my thoughts as I approach any DIY task no matter how small. And so it doesn’t get done.

“You are Mr Putoffski”, my grandmother used to say. Putting off what you can do today until another time. And it’s true. There are many other DIY jobs that need doing. And I just don’t have the time, there is always something better to do, something else to watch, oh no it’s too late I can’t start drilling at this time of night, perhaps I should just ring my mate and see how they are getting on. As well as being Mr Putoffski, I suffer from a long term illness “excuseitis”. I can make excuses, justify why I can’t do something and if this was an Olympic sport I would be a several times world champion by now.

Sunday 26th April 2020 was the day. All my tools were gathered, plans had been read, I put it all off a little further by watching a YouTube video on how to put up the blind. It was very useful in the end. I knew I had run out of excuses and it was time. It was time to drill into the wood and start fixing the blind. Up the ladder I went and did what need to be done. The brackets were up. Now to put in the blind itself – it fitted! But only just and when I would put all the pieces together it would be too long and not fit in the tight space. Oh no. My worst thought had come true.

I took the rolled up blind to another room where I unfurled it, measured five millimetres and drew along the entire length of the blind. Scissors assisted me in chopping of the annoying amount that stood between me and success. Then came the metal rod, I needed to cut this down too. I nipped downstairs to fetch a hack saw. I knew I had one, but where was it? After a short few moments I found it. Old and with a blunt blade, I continued to hunt for new blades. Ok good, now how do I change a hacksaw blade? Eventually I worked it out, without hacking my own skin to bits.
It was now the trickiest move of the show, the grand finale, putting up the blind into the correct place at height. Up the ladder I went, remembering to take the blind with me! After much fiddling it didn’t work on one side. So I attempted the other which was a success. But I was having to hold the blind up and sop I put one foot on the window sill. In a moment of foolishness I thought I could move the ladder across and balance on the window sill holding the blind – surely after all my circus skills training I could do that. Then I lost my balance. Nothing serious, but I remember that I’m a clown, an idiot and not an acrobat or aerialist. It did scare the heebie-jeebies out of me and gave me a fright.

Eventually I managed to get the thingummy in the whatsit. The big test – does the blind work. YES – yes it worked success after just one and three quarter years.

What does this have to do with balloons, events and fun celebrations? Not much! Except now my office is cooler and I can work in the afternoons without getting hot and bothered. But contact me now if you want to discuss an event or celebration – I’m sitting here cool as a cucumber!